“Do what you do so well that they will want to see it again and bring their friends.” – Walt Disney

Our lawyers have litigated successfully in 25 states—a sample of our results is set forth below: 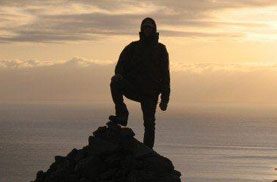 Kline v. Arriviello (M.D. PA. 2019) – Obtained dismissal of a physician on a second 12(b)(6) Motion where the Complaint alleged in an original and an amended complaint that the physician was making telephone calls to the plaintiff and others in a telemarketing scheme involving cancer screening tests, which was allege to be a violation of the Telephone Consumer Protection Act. The Court found that the plaintiff had not alleged sufficient facts to show that the physician directed telemarketing calls to be made to plaintiff. The Court also refused to allow plaintiff to amend his pleadings, noting that allowing plaintiff leave to amend his complaint would be futile, as plaintiff had notice of the flaws in his pleadings after the filing of the first 12(b)(6) Motion, yet failed to correct the flaws in the amended pleading.

Paul Yuri Samer v. Saili Desai et al (Appellate Division, Second Department) – In a complex and high exposure medical malpractice case, we moved to stay trial and successfully appealed and reversed a lower court’s decision denying Defendants’ motion for summary judgment dismissing the complaint and all crossclaims where our client’s duties did not extend to diagnosis and cure of Plaintiff’s condition. The lower court found questions of fact based on their respective experts’ opinions. However, we succeeded in arguing that Plaintiff’s expert did not make a sufficient showing of education and experience in the specialty of our client sufficient to render and admissible opinion as to the standard of care of our client and that any acts or omissions of our client were not the proximate cause of Plaintiff’s damages. The Appellate Court concluded that we had established their prima facie entitlement to judgment as a matter of law.

Akinbajo v. Okford Nursing Home, Inc. (Kings County, New York) 2019 – Achieved dismissal of Complaint and all cross-claims for indemnification on Motion for Summary Judgment and all costs of defense where Complaint alleged negligence in the performance of housekeeping duties which caused Plaintiff to sustain significant injuries triggering a multiple million-dollar demand. The Motion argued that pursuant to the “special servant rule,” the alleged tortfeasor was a special employee of a co-defendant and thus the insured was not negligent in any manner. The Motion also argued for common law indemnification by co-defendants in light of their refusal to withdraw their cross claims as against the insured, resulting in the insured improperly being forced to defend the action. The Court granted the insured’s Motion for Summary Judgment in full. Further, in a rare step, the Court granted both cross claims as against the remaining co-defendants for indemnification and awarded the insured costs, disbursements and attorneys’ fees, which were substantial.

Aranovich v. Hemlock Realty Group, LLC, et al. (Pike County, Pennsylvania) 2019 – Obtained dismissal with prejudice of a real estate broker from professional negligence action alleging that the broker made multiple misrepresentations regarding the condition of a property to fraudulently induce a sale. Rebar Kelly persuaded Plaintiff’s counsel to voluntarily dismiss the broker before the Court even ruled on the broker’s Motion for Judgment on the Pleadings.

Bundy v. Fast Rad, LLC, et al. (Camden County, New Jersey) 2019 – Achieved dismissal with prejudice of mobile radiology company where complaint alleged the radiology technician created a tripping hazard in the room of an elderly nursing home resident, causing him to fall and sustain a broken hip that required surgical fixation. In a Motion for Summary Judgment, Rebar Kelly argued that Plaintiff failed to develop any evidence to support a prima facie case that the mobile radiology technician had any involvement with Plaintiff’s alleged incident. The Court agreed that Plaintiff did not satisfy his evidentiary burden sufficient to present his theory to a jury and that Plaintiff’s theory of liability was based solely on unfounded speculation and conjecture

Helijas v. Schenectady County, et al. (Northern District of New York, No. 15-cv-1049) – Achieved partial dismissal of deliberate indifference claim against CMC and individual defendants, as well as a full dismissal of the Monell claim against CMC and all individual defendants through a Motion to Dismiss Plaintiff’s Complaint in an inmate suicide case.

Tkacheff v. Saratoga Hospital (Schenectady County, New York) 2015 – Achieved dismissal for psychiatrist on Motion for Summary Judgment where Complaint alleged professional negligence in discharge of patient from mental health unit wherein patient later committed suicide. The Motion argued that the decision making was a calculated risk based on numerous factors culminating in an exercise of professional judgment by the psychiatrist. The Court concluded that defendants had met their prima facie burden which was not rebutted by the Plaintiff’s expert or Reply and granted full dismissal.

Eastern District, Pennsylvania (October 2015) Obtained dismissal of breach of contract and bad faith claims on summary judgment in a contentious coverage dispute involving claims asserted by the Commonwealth of Pennsylvania against an insured alleging violations of Pennsylvania's Solid Waste Disposal Act and Clean Streams Law in connection with the insured's operation of a facility for the processing of concrete, asphalt, timber and uncontaminated soil. See http://www.lexislegalnews.com/articles/3428/judge-insurer-has-no-duty-to-defend-insured-in-underlying-action

Pennsylvania (2015) Obtained defense verdict at trial for a national property preservation service company on a claim that Plaintiff, a vendor utilized by client to preserve foreclosed properties was owed additional monies for services rendered.

Centre County, Pennsylvania (June 2015) Secured Non Pros against Plaintiff based on novel argument involving need for more detailed Certificate of Merit in claim where undisputable negligence had occurred injecting the wrong leg with epidural, but damages could only have been caused by injection performed in a negligent manner.

County of Rensselaer, New York (August 2014) Obtained dismissal of dentist in claim of alleged improper tooth extraction by obtaining early expert review and presenting medicals claim of wrongful use of proceedings against Plaintiff.

County of Erie, New York (2014) Obtained dismissal of school nurse in allegation of failure to report abuse in special needs school, where timely report was made to parents and no proof of assault was present.

New Jersey (2014)  Obtained summary judgment for a national property preservation service company in the Superior Court of Mercer County where plaintiff claimed she tripped and fell on a foreclosed property being maintained by client.

Cotter v. RadioShack, Erie County PA (July 2014) Rebar Kelly reached a Superior Court victory for retailer in the affirmation of the granting of summary judgment on behalf of the RadioShack in the trial court.  Rebar Kelly established that it had no duty to maintain the common areas of a commercial parking lot where Plaintiff was injured and Plaintiff appealed.  In a unanimous decision, the Superior Court affirmed the judgment in favor of RadioShack.

Kings County, NY (July 2014)  Rebar Kelly attained dismissal of architect defendant for claims of alleged misrepresentation in Offering Plan in Co-op building on basis that same was pre-empted by the Martin Act.

Cotter v. RadioShack, Erie County PA (July 2014) SBSR reached a Superior Court victory for retailer in the affirmation of the granting of summary judgment on behalf of the RadioShack in the trial court.  Rebar Kelly established that it had no duty to maintain the common areas of a commercial parking lot where Plaintiff was injured and Plaintiff appealed.  In a unanimous decision, the Superior Court affirmed the judgment in favor of RadioShack.

County of Schoharie, New York (October 2013) Obtained dismissal of physician in multi-defendant litigation including wrongful death. Dismissal based on personal jurisdiction grounds for failing to properly serve defendant within timeframe provided under the Rules.

Montgomery County, Pennsylvania (2013) Achieved dismissal of structural engineer in case involving defective design and placement of HVAC equipment which malfunctioned and caused carbon monoxide poisoning. Case involved over 30 defendants and proceeded for an additional year and a half.

Colony v. Sorenson (Kentucky 2011). The Federal District Court, in a 48-page opinion, granted our client’s motion for summary judgment holding that the insureds’ failure to comply with the “claims made and reported” provision in an excess policy resulted in a multi-million dollar gap in coverage between primary and excess layers.

OneBeacon v. USI MidAtlantic Inc. (Pennsylvania 2011). Obtained summary judgment in a noteworthy advertising injury case in which Pennsylvania joined the majority of jurisdictions that interpret “advertising” as requiring the widespread distribution of promotional material to the public at large, rather than one-to-one solicitations.

(Pennsylvania 2011). Earned dismissal of multi-million dollar claim against the Northeastern region’s largest mental health provider for allegations of negligent supervision for homicidal death of resident in a group home.

Steadfast v. AES (Virginia 2011). Rebar Kelly attorney served as trial and appellate counsel in litigation designated as a “Top 10 Insurance Case of 2011.” In this high-profile case of first impression, our client successfully established that climate change nuisance claims are not covered under CGL policies.

(New Jersey 2010). Earned Superior Court victory on appeal for immunity under the charitable immunity provisions of the state statute securing a reduced settlement in the death of a resident in one of the region’s largest residential placement facilities. The ruling overturned the trial court’s denial of summary judgment on that basis.

(Pennsylvania 2010). Successfully defended a specialized personal care home in the drowning death of a mentally challenged adult resident under the immunity provisions of the state statute under the Mental Health and Procedures Act.

(Pennsylvania 2010). Obtained dismissal of national health care facility in claims of corporate negligence and failure to diagnosis TPA, a rare blood disorder, by combating plaintiff’s theory of liability and utilizing novel medical analysis to establish that TPA was not present at time of medical visit.

American Guar. & Liab. Ins. Co. v. Intel Corp. (Delaware 2009). Obtained summary judgment for an insurer in an advertising injury coverage action in which the underlying case was described as potentially becoming one of the largest antitrust cases ever in the United States.

(Pennsylvania 2009). Successfully defended one of the nation’s largest health care providers in claims of failing to properly assess a patient in a personal care home and failing to ensure a proper fire evacuation plan was in place.

(Pennsylvania 2009) Achieved dismissal in case involving allegations of improper sexual relationship between patient and psychologist under theory that patient suffered from thought disorder and was therefore incredible.

Essex Builders v. One Beacon (Florida 2007). Insured was represented by premier Florida bad faith firm in this construction defect coverage case. Similarly situated co-defendant paid $2 million to settle its exposure, and prior counsel suggested that our client make a “seven figure offer.” A Rebar Kelly lawyer recommended against settlement, and the client prevailed on the coverage issues, creating favorable new law on what constitutes an “occurrence.” The Federal Court also awarded our client $78,000 in prevailing party attorney’s fees.

Township of Hamilton v. Zurich (New Jersey 2007). The insured, in this first party coverage case involving mold damage to a government building, sought over $3 million in damages. Our client prevailed on all issues on summary judgment.

In Re: T.G. v. The Phillies (Pennsylvania 2005). Achieved defense verdict for national sports team in claim of negligent security causing the sexual assault of a minor at the stadium.

Loughran v. The Phillies (Philadelphia 2005). Obtained dismissal at the trial court level on motion for summary judgment for national sports team under the “no duty” rule. The dismissal was upheld on appeal by the Superior Court thereby expanding the rule in Pennsylvania. The decision is regarded nationally as the standard applied to spectators at a sporting event.

National Coordinating Counsel For Mold Claims (Claims in all 50 states 2002-2009). A Rebar Kelly lawyer oversaw a team of 20 lawyers as national coordinating counsel for mold claims and litigation for large international insurer. This team resolved over 400 matters with no adverse verdicts or extra-contractual liability.

In response to the ongoing public health issues related to COVID-19, our offices are temporarily transitioning to remote work for our secretaries, paralegals and attorneys. Please visit the “Our People” page for a full list of contact information for our attorneys. https://rebarkelly.com/our-people/