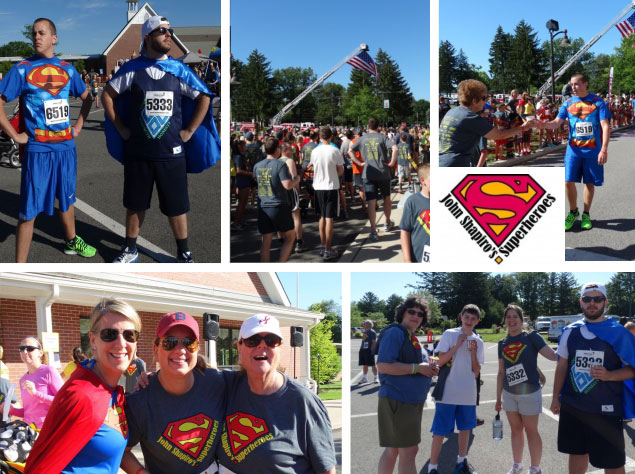 On June 7th Rebar Kelly participated in the John Shapiro’s Superheroes 5K. A great time was had by over 700 people in supporting this little boy. John Shapiro was a superhero. He touched the hearts of so many with his engaging smile, contagious laugh and positive demeanor. His take-charge attitude and larger-than-life personality endeared him to children and adults alike. This happy, funny, smart, outgoing little boy embodied everything good in the world. After four difficult years of surgeries and treatments, John lost his battle to brain cancer in August 2011; he was six years old. The John Shapiro Superheroes 5k is a tribute to the memory of our beloved John. For more information about Shapiro’s Superheroes click here.